Not teaching this time... learning with and about Twitter 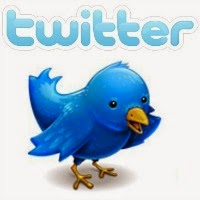 My blogs (with which I have been negligent recently, and for that I apologize.... I can't believe it's been a whole month since I last posted!!!) are usually about reviewing/exposing/teaching about new Web2 Tools. This one is different.

This one is a call for ideas and partners for a new project I am trying to get off the ground... take flight with, if you will.

In my position as a lead counselor for Digital Pedagogy in the languages branch of the Israeli MOE, I have taken on a challenge of getting our students Twitter-literate. This is a big challenge, since Twitter has not really caught on here in Israel. I want to use it to help students call out and communicate with people in other countries and in different languages (basically, English, French, Spanish, Hebrew and Arabic). I will not be doing this alone, but since I am one of the few here that have any experience at all with Twitter, I wanted to consult with you guys.

What I want to develop is a program that is fun and trains kids in the basics of using Twitter. But my biggest conundrum is how to design a model for teaching it. The whole thing has a political agenda behind it, of advocacy (hasbara for those of you who are reading this and live in Israel, or speak Hebrew). Maybe "political" is the wrong word. Its intent is really to build bridges that can transverse cultural barriers. 
Since this is a highly conflicted region, we want to teach our students to be on Twitter so that they can tweet to the world about who we Israelis are - not commandos running around in full metal jackets and machine guns, rather, people / kids just like their counterparts in other countries, other languages, who love the same things as they do and have the same interests as any other teen in any other place around the world (music, sports, romance, dancing, art, computers, etc.).

I also know that there is at least one teen in Gaza who tweets (in fact I have been in contact with her - I was interviewed with her and spoke to her via Skype live this past summer) and if there are more kids in Gaza - or other countries Middle Eastern countries - who tweet, and we could get our kids tweeting/interacting constructively with the kids on the other side of our border (I live RIGHT on the border and was under heavy bombardment all summer) that would be so fantastic, for all of us.

So, if any of you out there have any ideas for building a model for a program that develops Twitter-proficiency in different languages (our kids would be tweeting in, what is for them, a foreign language, mostly - or to kids abroad who are learning Hebrew as a foreign language), I would really appreciate hearing your ideas/input.

Also - if any of you in countries where English, Spanish, French, or Arabic is spoken, or any of those languages - or Hebrew - are taught as a FL, and would be interested in collaborating and participating in this project, please contact me via email or Twitter (handle below). That would be the icing on the cake!