This has been a very difficult summer. I apologize for neglecting this blog, but promise to try to get back into the rhythm of weekly posting, now that things have calmed down in my region.

When I look back to my last post, I clearly see that it was the last quiet weekend we were to have here for the summer. I live on a kibbutz on the border with the Gaza Strip, and my home was in a war zone. I remained in my home all summer, with a new purpose:  to help my country by granting interviews to foreign journalists, writing reports on CNN iReport. As part of this mission, I found myself dragged into the world of Twitter.

We had NO summer - the war ended on August 26th, the day two of my friends were killed here on my kibbutz, and another lost his legs, all hit by the same mortar, as they were supporting electricians who were trying to restore electricity, which had been knocked out during the rocket barrage that morning - the same one that sent shards of mortar into my home.

Before my first lesson of the year, I went to a psychologist for a chat, and explained my situation: I am an English teacher, who has functioned as a war correspondent for the past 2 1/2 months - and I cannot understand how I was going to make the metamorphosis back into teacher/teacher-trainer. His response was simple: "Bring the war correspondent into the classroom with you."

That is just what I did. I spoke to the students about what I did all summer, showed them CNN iReports (which is a place where ANYBODY can write or post photos of events, and let their stories be shared with the world. My iReport page is here.)  iReport can be used as an opportunity for encouraging descriptive writing, digitally. If I take this one step further, and have my students write and publish their descriptions, I will share them here. 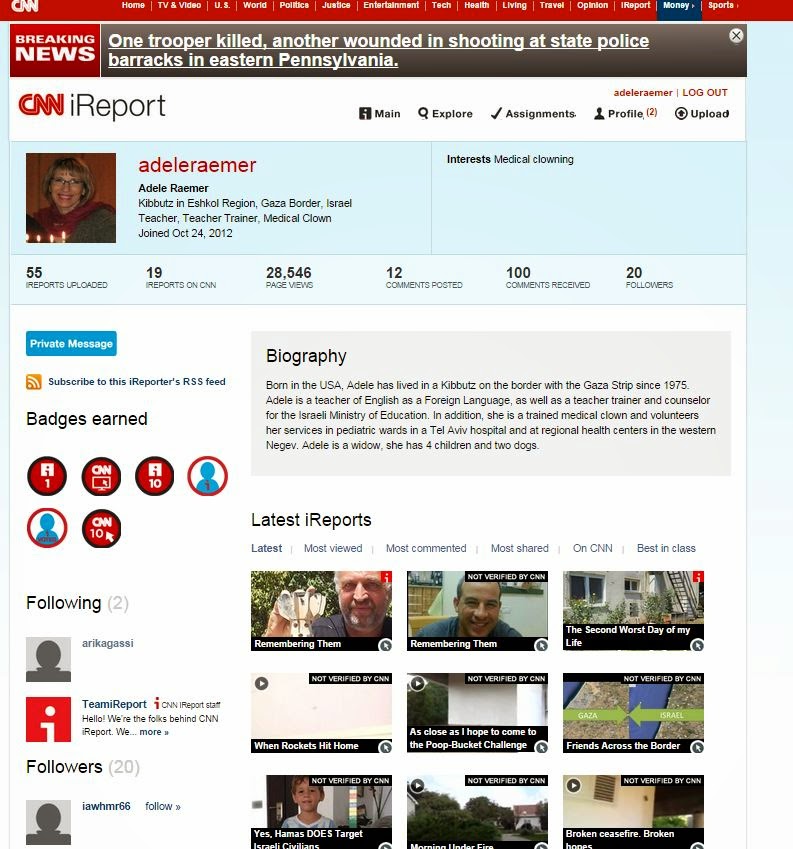 I also realized the potency of Twitter during this period of time. Through my interviews with Sky News, I had been approached to find a teenager who could respond on Twitter to questions, as they had done with Farah Baker, a 16 year old from Gaza who tweeted about the war. I contacted my students, and, although most of them either did not respond at all, or were simply not in the area, some of them were willing to try. The problem was, NONE of them had a Twitter account. In fact, I sent out a call via social networks to which I am connected, calling for teachers to help me find a student who could do this. None were found. Sky News then asked me to fill the slot - and I participated in a 30 minute Q&A session, that was promoted by Sky News live, internationally, using #AskAdele. I was warned that there would be people popping up saying horrible things, but that I should only address questions that I felt were appropriate. I was thrown into the deep end, and told to swim - with the help of a platform called TweetDeck (which I have found comfortable and continue to use, when I am on Twitter from my PC), communicating with people who had questions about the conflict, what it is like to live on the border, and other related issues. It was a fascinating experience! One of authentic use of digital tools and the English language.

So as part of my "coming-back-to-school", I brought a Twitter expert from Tel Aviv (Hen Mazzig from @standwithus) into my classroom, to teach the students why Twitter has become so important as an international platform for conversation, and how to use it to their advantage.

My aim in exposing the students to these platforms, is to attempt to encourage them to use English, and digital technology for purposes of advocacy.  It can be to advocate our situation here in Israel, on the border with the Gaza Strip - or anything else about which the students feel they have something to say. 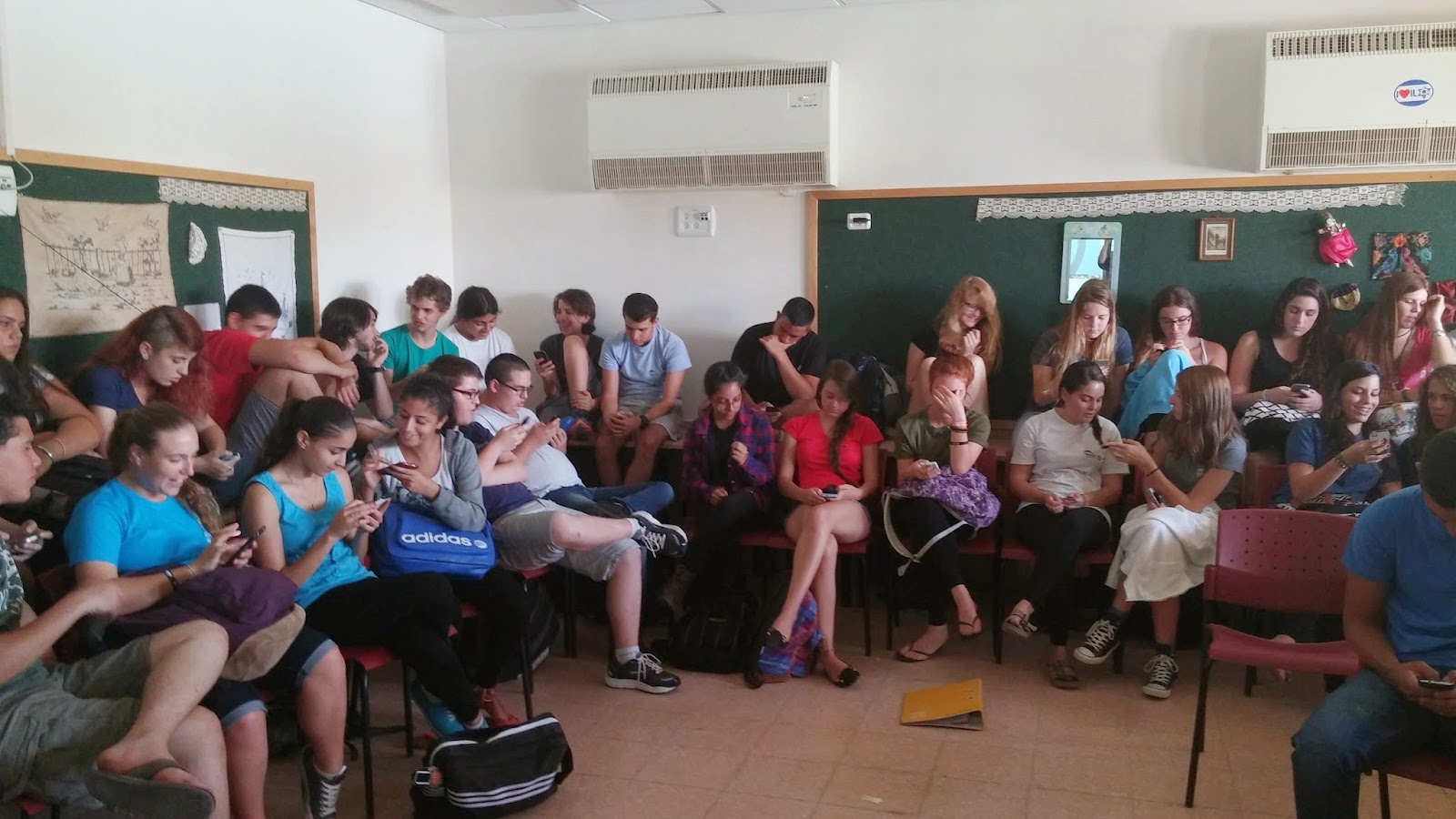 I plan to continue with this experiment during the year, and am looking for different ways to authentically engage my students on Twitter.

Do any of you have experience with Twitter in the classroom? Setting hashtags, running conversations? If so, please share them here! You can be sure I will share mine, as well! Stay tuned!

Posted by Digitally Yours at 4:11 AM