Online Projects with Googlesites Part One

Any one of the five people (and that's an optimistic estimate) who perused my last post, way back in October, read that I had promised to be more active and consistent with my blogs. Well I am rebooting once again, however now, I am steeled with oodles of inspiration. First of all, are some truly exceptional blogging colleagues (+Yair Farby and +Efrat Maatouk) as well as the urging of someone whom I consider a mentor (+Aviv Tzemach), who has stated that part of the job description of a counselor for teachers in digital pedagogy, includes running a blog.  To top it all off, was the timely appearance of +Jules Taggart and her “Blog Revival Challenge”, in which I am participating this week. The “Challenge” promises to turn my blog content from "blah" to brilliant in 7-days.  So…as a result of the “Challenge”, I have revamped the look of the blog slightly, changed the name to “Digitally Yours” and have now officially declared thesaurus.com as my best friend, to give my verbs (and adjectives, and probably nouns, as well) some “oomph”.

In my last blog, eons ago, I wrote about my intention to do an online research project with my 10th graders, using a Googlesites Template. So now, 6 months on, I can report on how that has been going. Since I do not want this blog to be agonizingly long, I will break it into a few blog postings. For now, I will just bring you up to scratch on where we are as of Passover break.

Although we finished working on the projects in our lessons in February, in order to move on to other curricular endeavors, most of the students have not completely finished their projects.  Not that it would have necessarily been different if the projects had been done in the usual tree-killing printed-out-on-paper mode, but there HAVE been some aspects of the online project which has made it more challenging than previously, among them, the issues of keeping track (for both myself and my students).

To start out, my colleague Lily and I devised what we wanted to see in the quintessential project website, and prepared a basic template. The role of the template was to enable the students to simply copy the template, with all the required webpages.  Based on that, the students were expected to design, decorate and in short: take responsibility and ownership of their  websites for their projects. 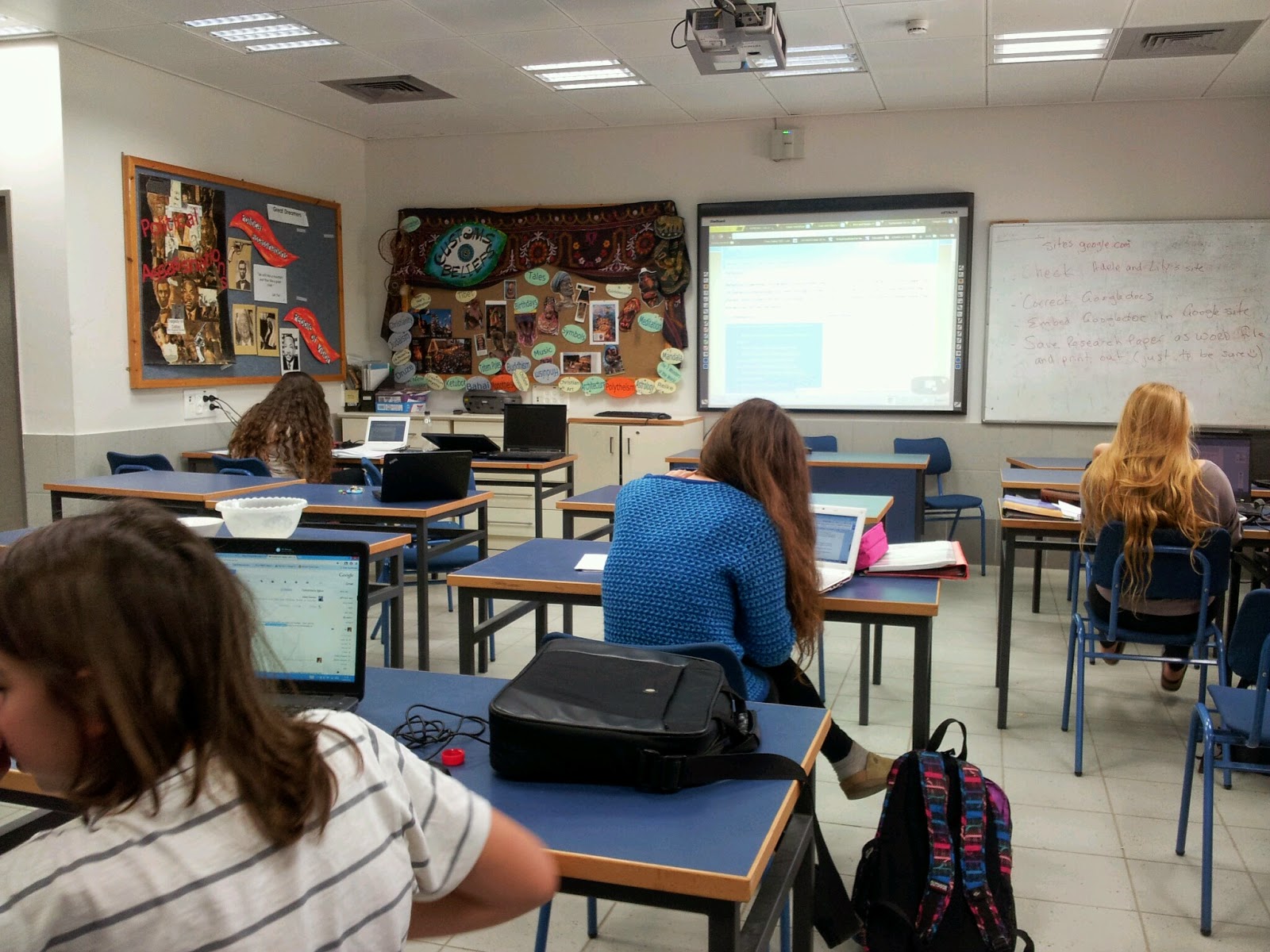 We invested considerable time and thought into what we expected the projects to look like, and I built a template on Googlesites. A few days before presenting the concept to our students, I approached the task of  preparing short tutorial webcasts to teach the students how to copy and edit their sites,  filled with the anticipation and excitement of doing something new and inspiring. Then came the sucker-punch.  To my horror,  I realized that I was locked out of my template! After a few hours of frantic emails back and forth between my Google-savvy colleagues, and fruitless attempts at catching the attention of anyone of import at Google, itself, I caved. I reconstructed what I had envisioned for the template, and saved it as a model site, while at the same time screencasting the procedure as I built it. 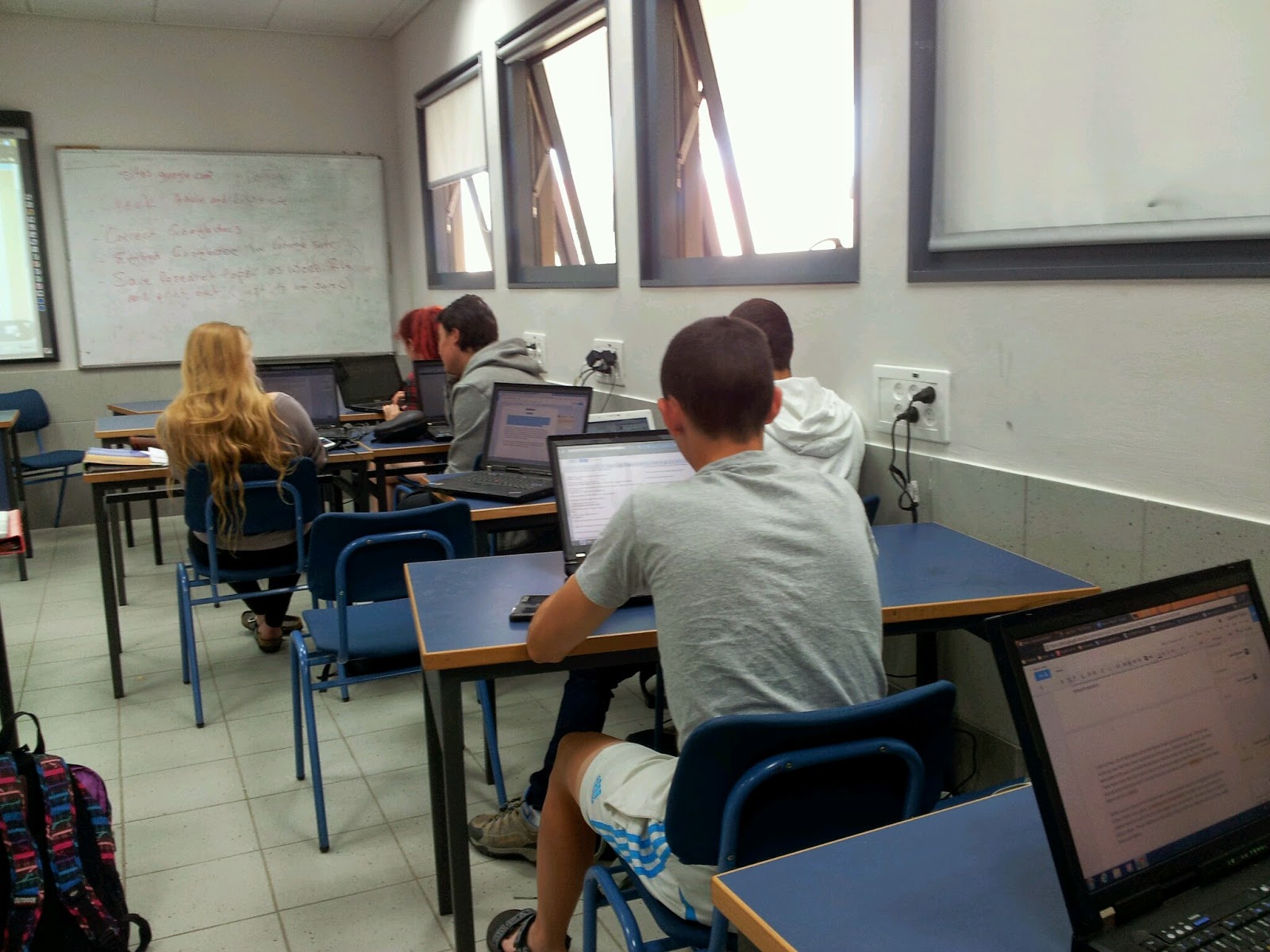 I believe I can honestly say that, putting aside the initial mortification of having been exiled my own house; of having something I had developed unceremoniously hijacked from under my nose and within my realm of cyberspace, in the end….. I probably gained more than I lost. Because the bottom line is that, not only did my students learn how to do a research project; they also gained the experience of actually building a website.

Easy it wasn’t. But I believe that at least a few of them feel pride in having learned how to build a website that they can show to others. And when their time comes, in two years, to present their projects for their oral matriculations, I do not expect to hear the excuse that their mother threw out their project… or that the dog ate it.

P.S. Below is an example of one of the tutorials I produced for the purposes of teaching the students how to build a website. They can all be found on my class site: AdeleEFL.


Posted by Digitally Yours at 1:48 PM